Increasing Efficiency and Sustainability with VFD 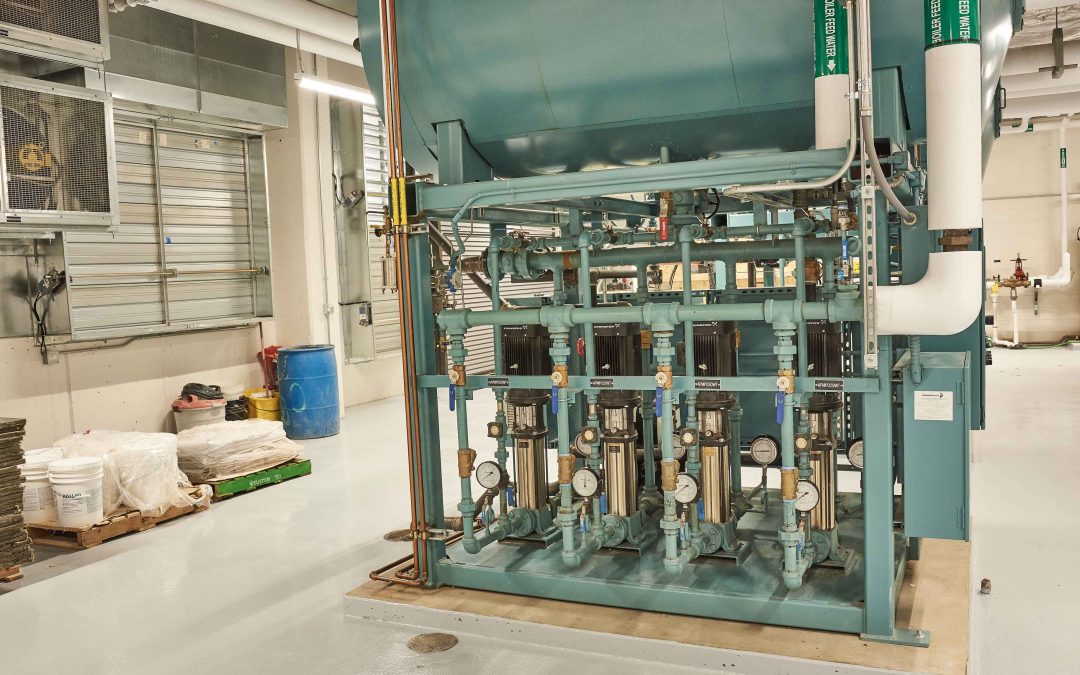 Today we are all asked as individuals, companies, and societies to be more responsible and sensible about our environment.  This includes our energy conversion processes; preserving the finite resources of oil and gas while lowering cost, and the impact on the environment.

We at Energy Control are in the energy conversion business as we sell, and service boilers and related support equipment.  One such example of an applied support device or system is Variable Frequency Drives (VFD) as they are applied to boiler feed pumps, increasing efficiency.

At this point, one might be asking “I can sort of understand the relationship with VFD to efficiency increase, but how does it impact sustainability?”

The answer goes right back to efficiency.  If VFD reduces energy consumption this means it requires less fossil fuel energy to produce a kilowatt-hour of energy.  Thus, less energy consumption and less products of combustion including carbon dioxide reaching the atmosphere.

However, with boiler feed pumps there is a safety factor responsible providers must figure in.  It’s additional Total Dynamic Head (TDH) the pump must include when being sized/selected to assure proper and safe flow to the boiler; overcoming possible pressure increase in the boiler and line losses.  Most Codes require this increase to be 3% above the boiler safety valve setting.  As such, the motor can only be slowed so much; assuring proper flow at the right pressure, but the saving is still considerable and worthwhile considering especially with motors exceeding 5 horsepower.

For instance, and as previously noted, that feed pump motor is pulling 60 Hz at full rating.  Now we apply VFD to the pumping system while maintaining adequate flow and TDH to assure sufficient pressure to the boiler to meet the Code requirement described above.   As such, and because of the cubed relationship also described above, results in an estimated draw of 48Hz or a reduction of 20% in speed.  This will result in an approximate 70% energy consumption delivering a 30% savings!

To that end, VFD application to boiler feed pumps not only saves very costly electrical energy, but also provides increased sustainability while positively impacting our environment.