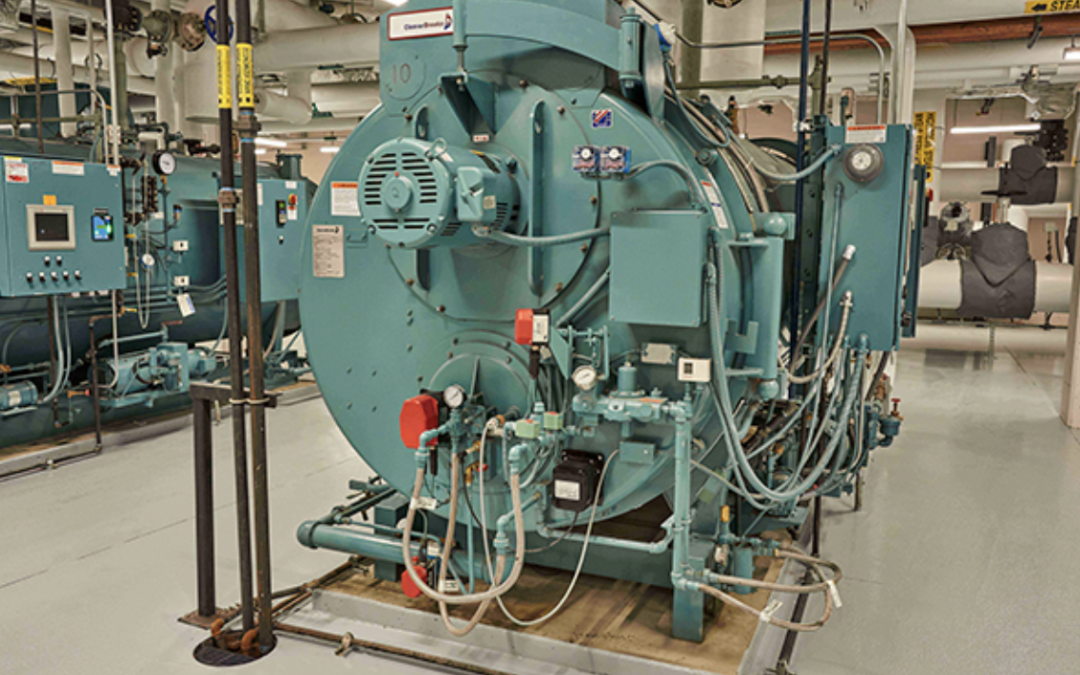 When looking at the subject of optimum Combustion Control with boilers, it is actually a combination of systems that come together to form the whole.

Combustion control begins with the modulating control on the boiler which senses pressure or temperature, sending a signal to the burner to either increase or decrease its firing rate based on load demand.

Other systems that may also be included or added to improve combustion control are oxygen trim, higher burner turndown capability, and possibly automatic stack pressure control.

But the system which has the greatest impact on optimum combustion control, and is always included on all boilers as standard equipment, is the Air/Fuel Ratio Control System.

Now, Air/Fuel Ratio systems can take a few forms including Full Metering and Cross Limited control.  These feature a high degree of sophistication with various flow meters, and pressure/ temperature sensors feeding electrical signals to data gathering screens and valves to both open and close fuel and air control devices; precisely matching load fluctuations.  These systems are complicated and expensive and are normally applied to large industrial watertube boilers with capacities over 100,000 lbs/hr.

If we limit our discussion to smaller commercial/industrial boilers with capacities of between 50-1200 HP, we find two (2) Air/Fuel ratio control systems applied. They are the Single Point Positioning System and Parallel Positioning System. 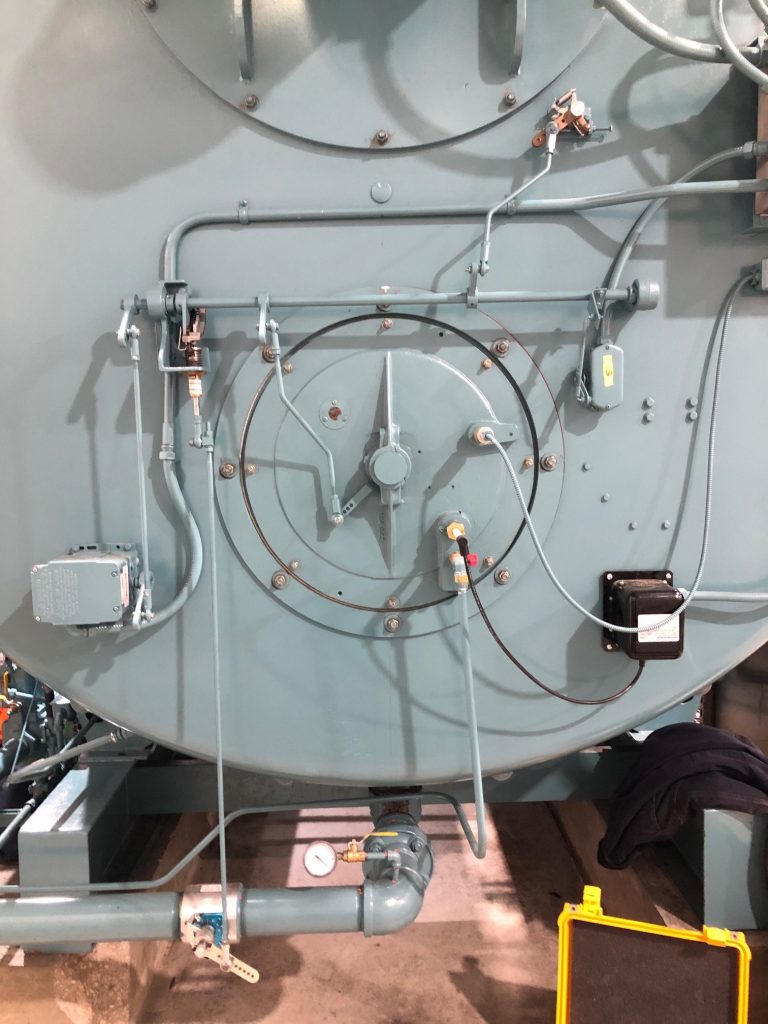 Beginning with the Single Point Positioning system, we find a single jackshaft with linkages and arms connected to the respective fuel and air control devices. This system also includes a single motor connected to a linkage arm on the jackshaft; driving the fuel and air linkage arms up or down depending on load demand.  These linkage arms then have a series of adjustment holes where the stroke can be modified, matching the proper fuel/air ratio to maximize combustion results.

Single Point systems have been around for decades, and actually work very well, but the problem comes over time especially when the boiler modulates and/or cycles a good deal.  However, when the ball joints within the arms begin to wear, coupled with rod stretch, slippage & hysteresis, and all leading to rod deflection due to some binding.

When this occurs, the air/fuel ratio may be severely compromised leading to either very high excess air levels causing a severe efficiency reduction.  Or, a very unsafe condition where air is no longer leading fuel, and we have a very unsafe rich fuel condition.  This situation not only compromises life, limb and property, but efficiency.  As the boiler soots up, it reduces the boiler’s ability to transfer heat. 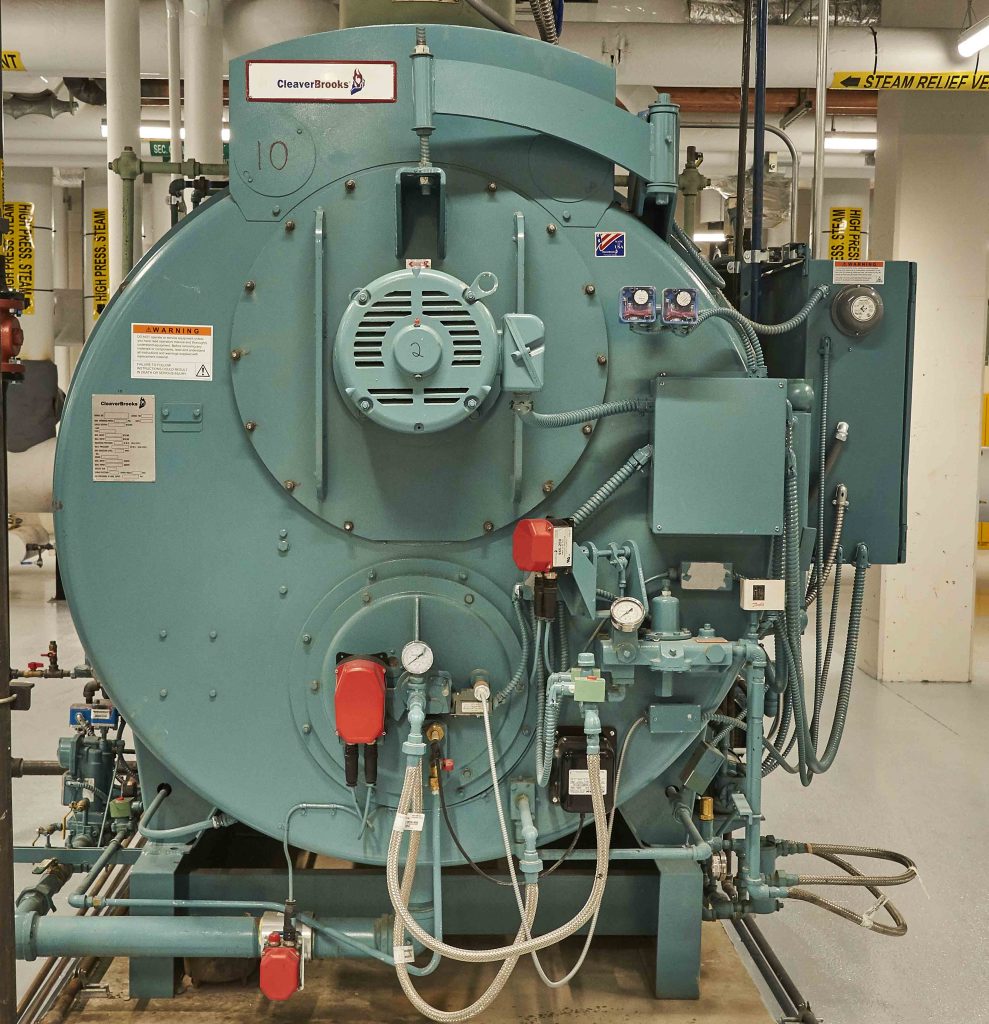 What’s the solution? A Parallel Positioning fuel/air ratio control system eliminates all the linkages and single jackshaft/motor arrangement and replaces them with independent motor-driven actuators directly driving the fuel and air based on the load demand.

These actuators are receiving the boiler’s modulating signal from their dedicated central and adjustable controller; matching fuel and air throughout the burner’s turndown range.  This system not only delivers a much higher degree of repeatability while dependably delivering consistently higher efficiency but much greater safety as well.

If you’re interested in saving fuel dollars while increasing safety, and have a Single Point Positioning System, seriously consider replacing it with Parallel Positioning.

To learn more about the modern boiler controls we offer with integrated combustion control, click here.