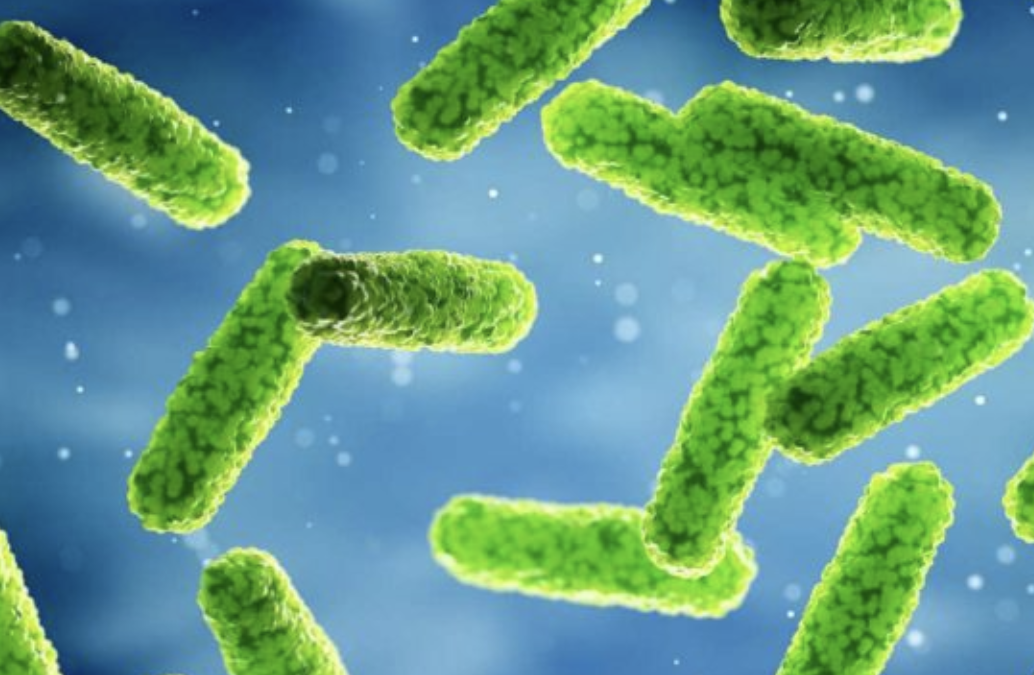 While we are in the midst of dealing with an outbreak of the COVID-19 virus, attacking our Nation and the rest of the world, we are affected both socially and economically.  This, because the disease spreads rapidly and once contracted, manifests itself with pneumonia-like symptoms, causing mass hospitalizations and a high percentage of deaths especially amongst the least immune and elderly.

The Coronavirus is similar to the much smaller scale outbreak of Legionnaires disease at the Bellevue-Stratford Hotel in Philadelphia in 1976 resulting in 182 cases reported and 29 persons dying.  The ages ranged from 39 – 82.

However,  this was only the beginning.  Since that time, the incidence of Legionnaires disease keeps rising, and though it’s not a pandemic and in the National news, the disease is still something to deal with.  It’s serious.

When medical researchers went back to assess the genesis of the Legionnaire virus in Philadelphia, they found it emanated from the cooling towers on the top of the hotel’s roof similar to figure #1.

It was here where bacterium Legionella pneumophila was growing before spreading through the hotel’s ventilation system, carrying small water droplets (aerosolization) that people breathed in causing the infection.

In the final analysis, bacterium Legionella pneumophila is found in both potable and non-potable water systems, and forms best within a temperature range of 77 – 108 Deg. F. Here it forms a biofilm if the temperature is within this range, and stagnation or very low flow velocity exists (less than 8 feet/second). These are the conditions in which it thrives.

When considering water heating systems for commercial domestic use, one of the most often applied is the large storage tank. 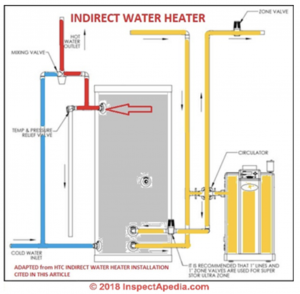 The water tank itself can be heated with a steam or hot water coil mounted in the tank, getting its heat energy from a separate boiler. The water in these large storage tanks at times can stratify and create pockets of low temperature in the dangerous temperature range, and without sufficient circulation, the possibility of breeding Legionella exists.

At times, the boiler supplying the heating medium is located at a distance with piping running to and from the heating boiler.  Or, it could be a packaged system as shown in figure #2.

In any case, these systems need special piping and control engineering to inhibit the biofilm from forming.  The control strategy will, therefore, include accurate temperature sensing, three-way valving, special pumping and velocity checking to assure there is no stagnation.

All of this increases Capex and energy cost, and consumes considerable square footage in the equipment or boiler room.  So how can Legionella be prevented?

An alternative to the boiler & water tank combination is what is referred to as “tankless water heating” as shown in figure #3. 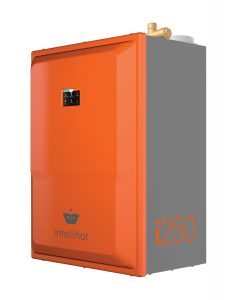 This particular package shown is designed and produced by Intellihot who offer a full line of high-efficiency tankless water heaters up to 3,000 MBH for commercial and industrial applications commonly installed in clinics, restaurants, kitchens and hotels.

Intellihot tankless water heaters by design provide a much lower risk of Legionella growth because the tank is removed, the water is heated on demand with the minimum water temperature inside is always above 118 Deg. F, well above the 77 – 108 Deg. F bacteria growth range.  As such, a major causal factor for Legionella propagation is removed.

Additionally, there are no costly mixing valves, continually heating water is eliminated, and there are fewer equipment components to tend to.   All of this substantially reduces energy, operating, and Capex cost.

Energy Control is an authorized Intellihot Representative. If you would like to learn more about options for monitoring your hot water system, contact us for an evaluation of your system.